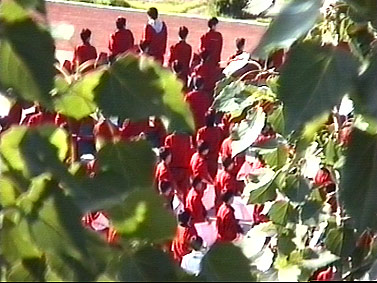 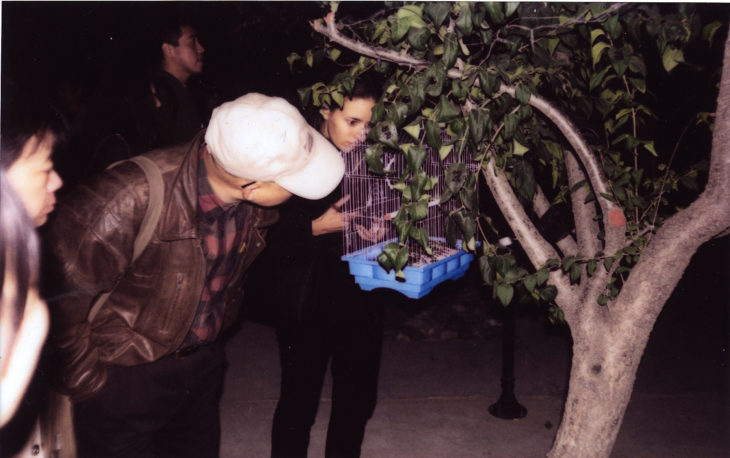 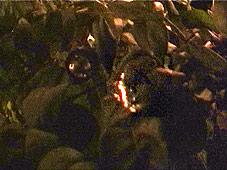 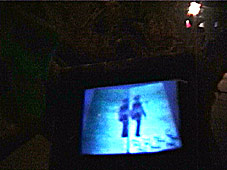 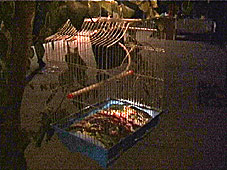 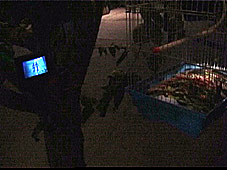 Installation on a living object
Peking, 1999

In the exhibition area a bird cage was hung up in a tree provided with:
– small loud-speakers on the bird’s swing
– a photography laid on the bottom of the cage

In addition:
– a small monitor was placed in the branches of the tree
– plastic transparencies applied with chinese letters describing the installation were glued to some of the leaves.

The photograph in the cage was lit from below. This showed a playground-scene with children in red uniforms under instruction in the art of making patterns.
From the loudspeakers in the cage these instructions appeared regimented. These were edited to be played as a loop.