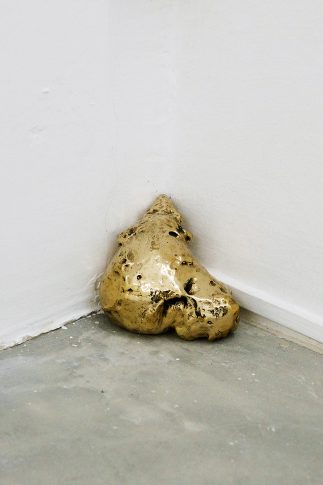 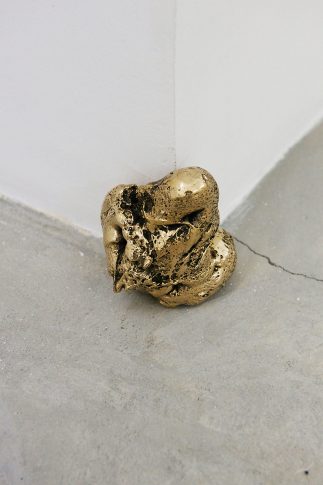 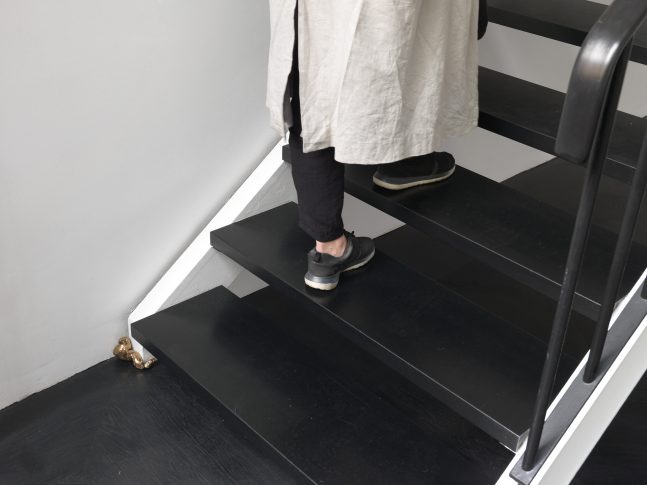 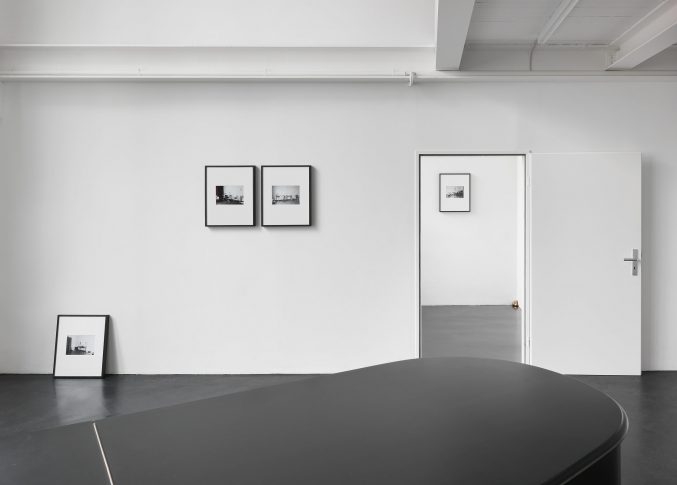 … Platzhalter – created by Bettina Buck as a record, or ‘protocol’ as she prefers to call it, of a series of conversations she had with artists in four cities during a three-week period. Some were friends, others acquaintances, there were peers and still more who are senior artists with whom she has affinities but had never met. She contacted each, asking permission to meet and discuss while she cast a corner of their studio. Not just any corner, but their thinking corner, the space where they withdraw to consider, contemplate, and come up for breath from all the other wonders and banalities that shape artistic practice. The cast was made with expanding foam that was left to fully expand and set, then cast in bronze. Both are materials she has worked with previously and each is the antithesis of the other. Mutability and the disposable are fixed forever in the material of authority and fixedness. While the foam slowly set, Buck and her host sat and talked, sometimes for hours. Perhaps the conversation flowed but it is easy to imagine times when there was an awkwardness, the cast representing in physical form an intrusion into the most private space of thought. Of course it is also a distraction, an inert form that stands in for Buck’s intrusion into another artist’s space…