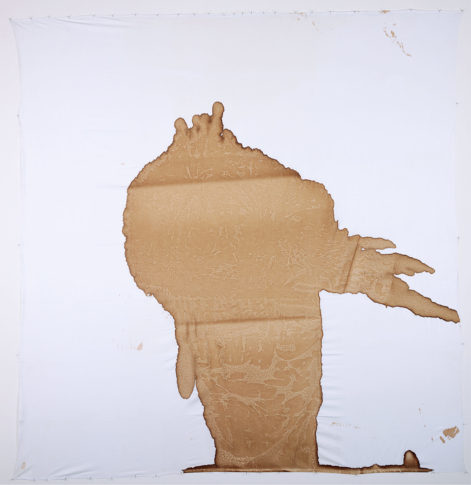 Relics: tablecloth with Soya sauce mark, transcription of the spoken part of the performance

The performance sofa99 (society of foreign affairs founded 1999) was collaboration between Bettina Buck und Roland Kerstein happening during a two-month residency in Peking. It took place in the Goethe Institute in Peking and was simultaneous translated from German into Chinese by a professional translator of the Goethe Institute.

The whole performance was transcribed afterwards. 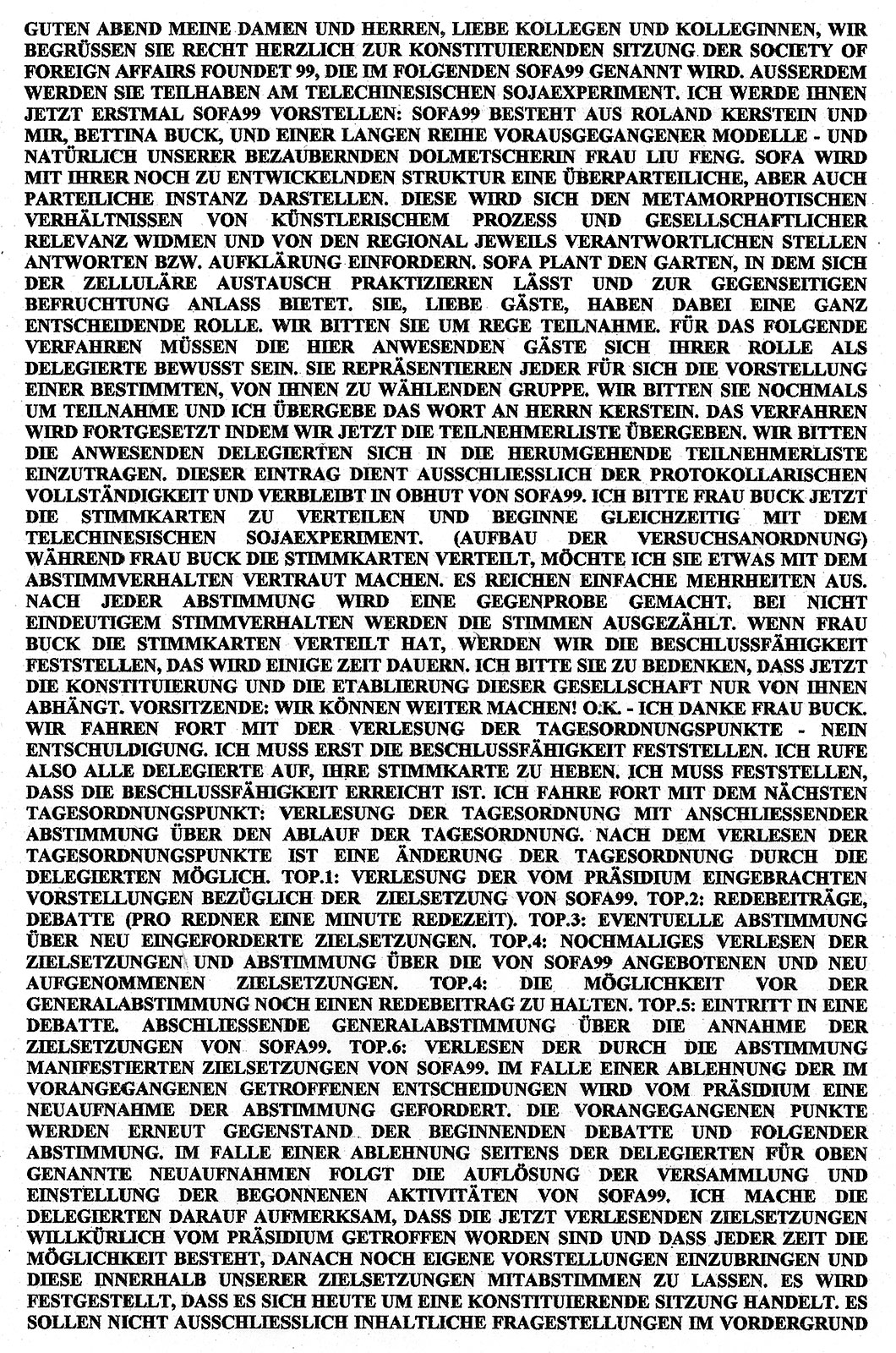 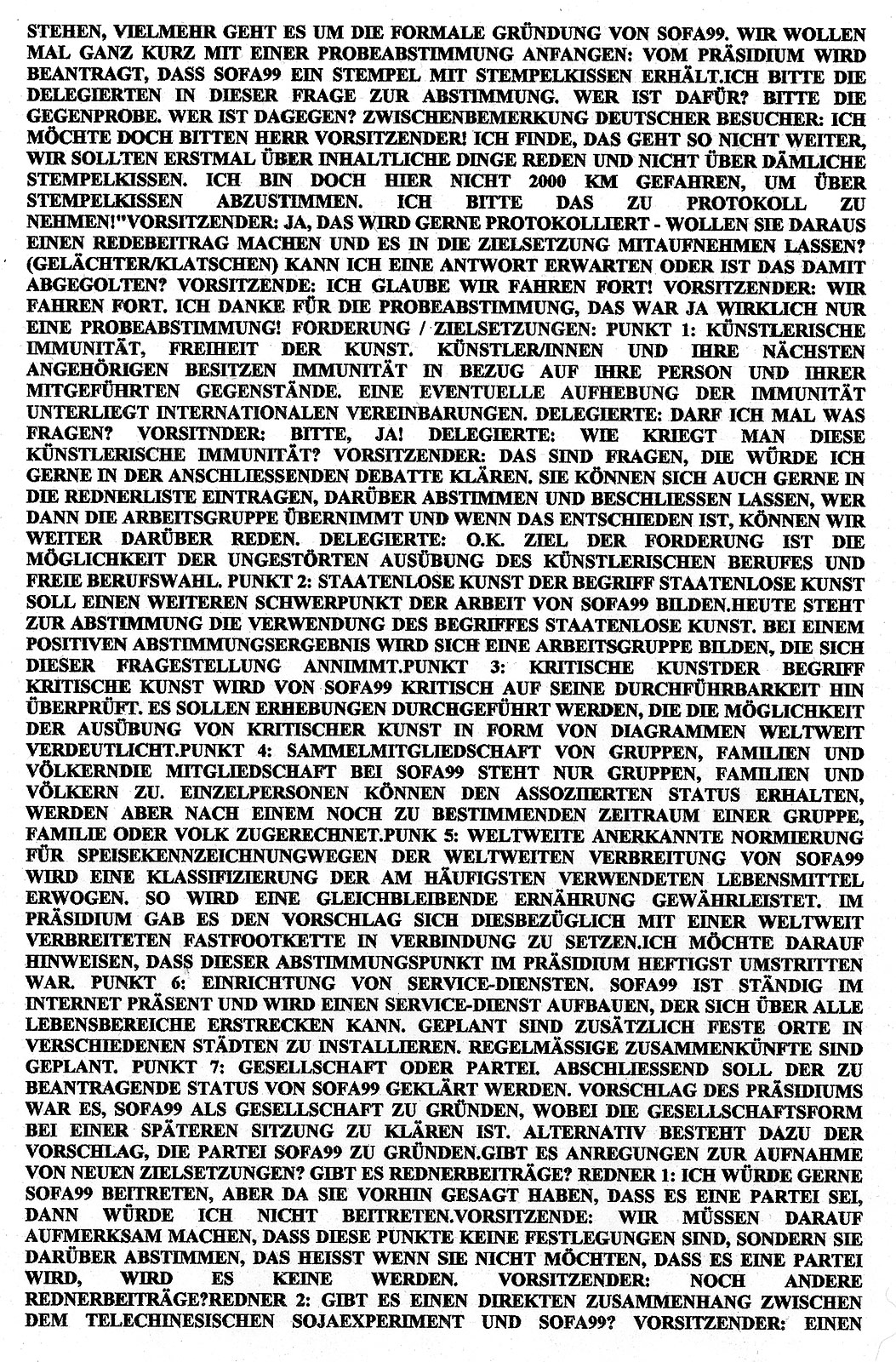 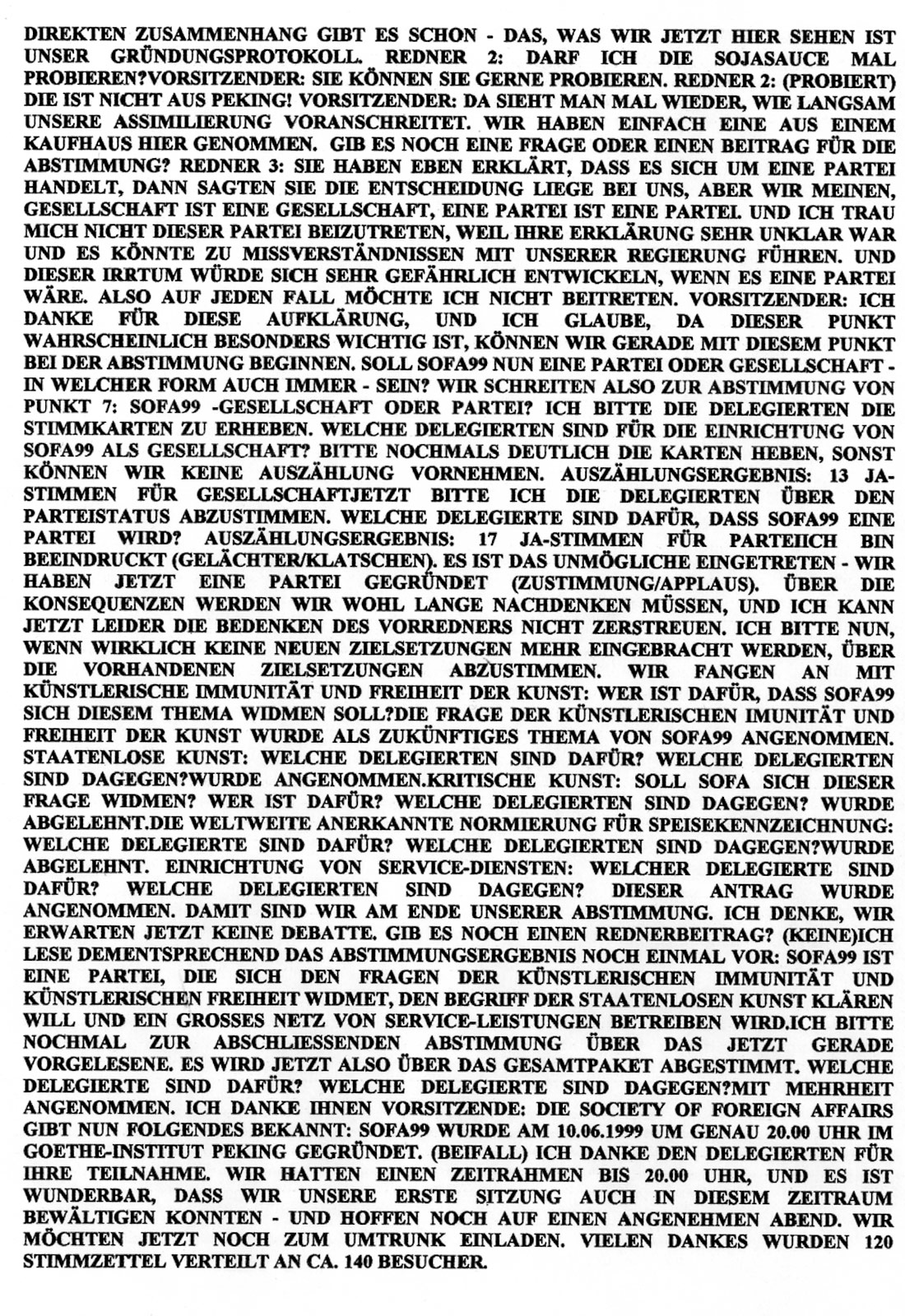